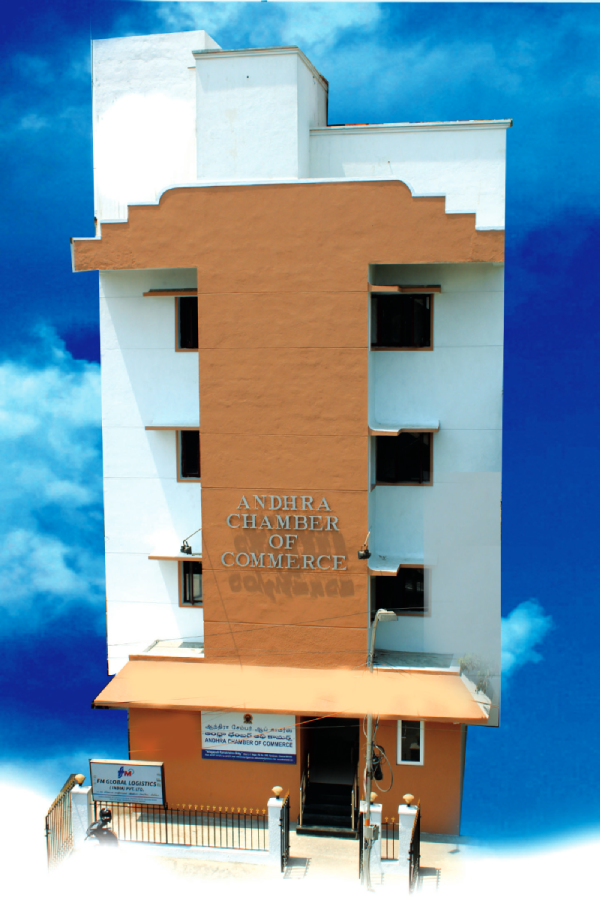 The Chamber during its 92 years of service to trade and industry has consistently striven its best to promote the trade, commerce and industry of South India in particular and India in general.

Though the Chamber is styled “Andhra Chamber”, it has never regarded itself as an organization servicing exclusively any regional interest or linguistic group. The Chamber has today over 1350 Members and over 28 Affiliated Chambers of Commerce and Industry and Trade Associations.

Though the Membership is largely drawn from the States of Andhra Pradesh, Telangana and Tamil Nadu the fact that the Chamber draws its Members from nearby Karnataka, Kerala and Pondicherry and far away Chandigarh, Delhi, Haryana, Gujarat, Maharashtra, Rajasthan, Uttar Pradesh and West Bengal is a striking proof of the vision that has inspired those in charge of the Chamber all these years. Since the motto of the Chamber is “Progress through Commerce and Industry” the Chamber has always sought the progress of the industrial and business community.

Andhra Chamber which made its humble beginning on August 17, 1928 with 35 Members has today well over 1350 Members – Individuals, Proprietary and Partnership Concerns, Public and Private Limited Companies and Life Members and around 28 Affiliated Chambers of Commerce and Industry and Trade Associations. The Chamber is happy that it has reached yet another Landmark in its history viz. completion of 89 years of service to trade, commerce and industry.

While saluting the founding fathers and the successive Presidents and Members of the Executive Committee, the Chamber conveys its sincere thanks to all its Members and Member Bodies for their spontaneous support and willing cooperation and thereby enabling the Chamber to grow to its present stature.

The Chamber believes this is an occasion to present to the Members and Member Bodies in particular and industry and trade in general, the history, growth, development and the range of service rendered by the Chamber – in a capsule form – so that Members, present and future, can recall and remember the glorious record of service of the Chamber and help the Chamber in rising to greater heights in terms of service and membership.

The Chamber has pleasure in presenting in the following pages a brief resume of the service rendered by the Chamber in these eighty two years.The Chamber has always kept in view the National context in which all regional problems have to be viewed.

By continuing to function from Chennai, Secunderabad and Visakhapatnam the Chamber hopes to serve in the future, as in the past, as a vital link between Andhra Pradesh, Telangana and Tamil Nadu and to promote the Commercial and Industrial interests and well being of the country as a whole. While looking back with pardonable pride its significant record of service in these 87 years the Chamber quite realizes that in the present changing scenario it has many more tasks to fulfill.

While rededicating itself to the service of industry and trade in general and to the Members and Member Bodies in particular, the Chamber looks forward to their continued support, cooperation and assistance – in the future, as in the past – enabling the Chamber to march ahead in its service to Members and Member Bodies in particular and trade, industry and the Nation in general.